Coconut groves and lush paddy fields of Kakinada have always lured vacationers towards it. There are several places to visit in this beautiful city apart from the renowned beaches located here. Island, many different temples, wildlife sanctuary, mangrove forests and other heritage sites make this city a must visit for everyone. Excellent transport facilities of the city enhance the experience of its visitors. Let us take a detailed look at tourism and transportation of Kakinada. 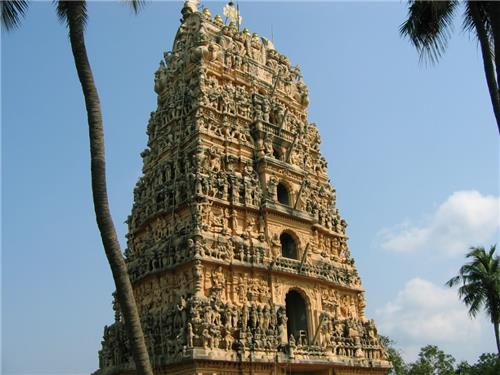 There are numerous temples and other religious places located in the vicinity of Kakinada. Annavaram Satyanarayana Swamy Temple, Pithapurm Sri Dattatreya temple and Tholi Thirupathi Sri Srungara Vallaba Temple are among the noted temples of the city. Shakti Peetha in Pithapuram is another major religious attraction of the city. It is Purukitha devi Shakti Peetam and forms an integral part of Shiva temple. Other major temples of the city include the Kukkuteshwara Swamy Temple, Kotipalli Kotilingeswara Temple, Kukkuteshwara Swami temple, Draksharama Shiva Temple, Samalkot Shiva Temple, Sri Bhimeswaraswamy Vari Temple (Sri Chalukya Kumararama Temple, one of the five Pancharama Kshetras and a National Heritage site) and Shri Bhavanarayana Swamy Temple (Sun God).

It is one of the most prominent temples of Kakinada and is also known as The Bhimeswara Swamy temple. It is one of the five powerful temples of Lord Shiva and celebrates Maha Sivaratri, Dhanurmasam, Devi Navaratrulu and Karthika Masam festivals woth full zeal and enthusiasm. As per the local legends, Siva linga at the temple was installed and established by the god Surya. Some people also believe that it was built within a night by the angels. As per the government officials, the temple was built between 8th ans 11th centuries. It consists of a two-staired mandapa and two walls and astonishes architecture students till now. The Siva Linga of the temple is made up of one large crystal of 2.6 meters high.

The temple is located on hilltop of Ratnagiri Hills and is dedicated to Lord Veera Venkata Satyanarayana Swamy. One needs to walk of about 1 Km to reach at the temple from its base. Some people consider this place sacred after Tirupati in Andhra Pradesh. It showcase Vishwakarma& Brahmin stapathis architecture. Main temple is built in the form of a chariot with four wheels at each corner of the same. A kalyana mantapa is situated in front of the main temple. Shrines of Vana Durga and Kanaka Durga and Ramalaya are also located closeby to the temple. 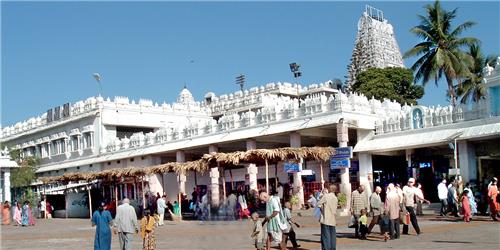 This temple is commonly known as The Sri Chalukya Kumararama Sri Bhimeswaraswamy vari temple and is situated at a mere distance of about 1 Km from the railway station of Samalkot. It is dedicated to Lord Shiva and attracts many followers of him on a regular basis. Mahashivaratri is the most celebrated festival of this temple.

It is a shakti peetha located inside the Kukkudeshwara Temple and is known to be the place where Sati's (Goddess') left hand fell. The temple attracts several tourists on a frequent basis for its popularity.

Coringa Wildlife Sanctuary is the main attraction in the list of wildlife in Kakinada. This is the best place to know about the flora and fauna of the region. The sanctuary is a part of the Godavari delta. The sanctuary is the second largest surviving stretch of mangrove forests in India. It has more than 120 bird species and 24 mangrove tree species. critically endangered white-backed vulture, and long billed vulture stay in this sanctuaries always. The sanctuary has almost half of the area as backwater including a sand pit of 18 km stretch. Temperature of the sanctuary varies between 17 degrees Celsius and 40 degrees Celsius and the average rainfall of the region is more than 1000 mm. 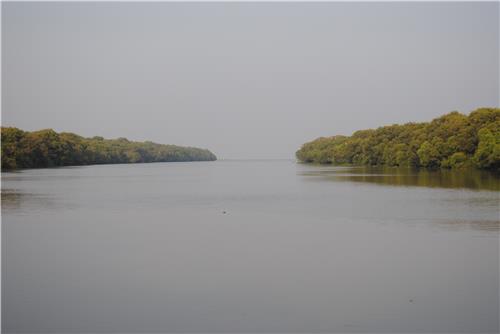 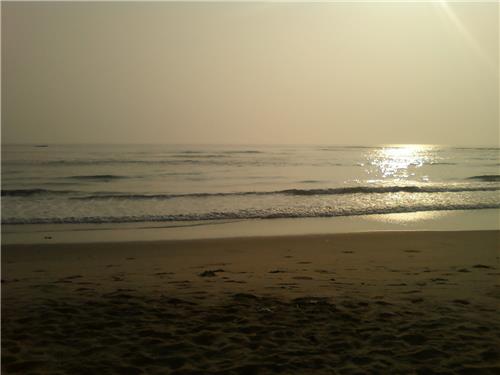 Kakinada is the proud owner of one of the longest beaches of India. Uppada beach is the pride of the city. It is also known as Kakinada Beach among visitors and locals both and has one of the longest coastlines in entire nation. It is famous for its pristine windy environment and mild blue waters among the tourists. The beach is located at a distance of about 5 Km from the city of Kakinada and attracts numerous tourists and locals towards it everyday. It is also known as the fishery spot of the town and one might catch prawns as well here.

Other Tourist Attractions of Kakinada

Hope Island located at a mere distance of about 5 Km from the city of Kakinada is another major attraction of the city. It is a sandpit formed by the Godavari. A lot of people come to visit the busy port every day. It does not only attract tourists towards it but business people as well. It plays a very important role in the economy and tourism of Kakinada. Area between the Kakinada port and Hope Island is known as Kakinada Bay. This island protects the city from cyclones every now and then. Konaseema is another famous tourist spot of Kakinada. 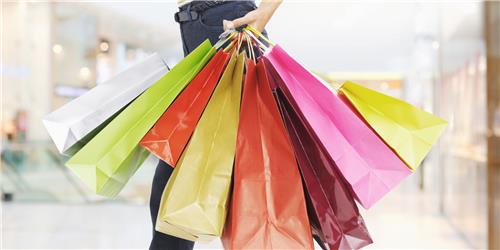 In modern times, shopping has become a necessity than a mere habit of some people. People always need different kinds of stuff for different occasions and to get the same they shop as per their budget and desire. Some like to buy expensive stuff from shopping malls and supermarkets, while others believe in purchasing inexpensive items from local shopkeepers. Hence, every city is equipped with different types of shopping places for different consumer groups.

Shopping malls offer most of the required things at one place. They offer apparel, footwear, jewelry, accessories, electronic items and other stuff along with the food and entertainment zone. Many of them have expensive restaurants and food courts for all the shoppers. Every city has many shopping malls these days, and Kakinada is no exception to this. Here are the details of the most famous shopping mall of the Kakinada.

Supermarkets are the best friends of people in today's world. They fulfill all of the grocery ad home needs of every family at one place. Kakinada has several supermarkets offering a variety of products to fulfill daily needs of people. Various big brands such as More, Reliance Fresh and Spencer have their presence in the city along with other local supermarkets. Some of the best supermarket stores of the city include More located at Endowments Colony in Bhaskar Nagar,Reliance Fresh located at Ramasomayajulu Street, More For You situated at Nageswar Rao Street in Ramaraopeta and Charishma Super Market situated at Karnamgari Junction.

Transportation plays a very important role in the development and tourism of any place. Kakinada is no exception to this and the rapid growth of this city in both of these fields suggest towards a good transportation system prevailing here. Let us take a detailed look at all types of means of transportation in Kakinada.

National Highway 214 is the main highway of Kakinada. It connects the city to the rest of Andhra Pradesh and India both. NH-214 is between Kathipudi to Ongole and passes from here. Different state highways connect the city to the big city Rajahmundry and other towns in district.

Kakinada does not have its own airport. However, the nearest airport is located at a mere distance of about 65 Km from the city at Rajahmundry. Second closest airport is located at the city of Visakhapatnam at a distance of about 145 Km from Kakinada. Visakhapatnam airport offers various flights to almost all major Indian cities.

Kakinada is home to three different railway stations including Kakinada Town Junction (CCT), Kakinada Port (COA) and Sarpavaram. Samalkot Junction, which is located at a mere distance of about 13 Km from the city, connects Kakinada with rest of the nation through express trains. Samalkot junction is situated on Chennai-Howrah trunk line. The city has rail services to various parts of the nation including Hyderabad, Bangalore, Chennai, Secundrabad, Mumbai, Bhavnagar, Ernakulam.Mahatma, Tirupati and Shirdi.